First I was surprised by the crunchy and juicy “meat”, the slightly fibrous taste, like a real burger. The first bites were delicious. And then, a slight “iron” aftertaste, which has temporized a bit my enthusiasm … Could I have felt this had I not known that it was not meat? I would not swear it.

It was at Cockscomb, right next to San Francisco Station, that I discovered the Impossible Burger, a burger made mainly of wheat proteins. After a very short night, 1h30 train and with a slight headache (we had a party the day before), I entered this small bistro-like restaurant to check by myself the animal flavor of what may revolutionize our plates. Heads of dead animals on the walls, a Chef all in curves, waiters who know well why I am there (everyone comes for the same thing) and who accompany me in my “journey” with enthusiasm and benevolence, That’s it, I’m there! 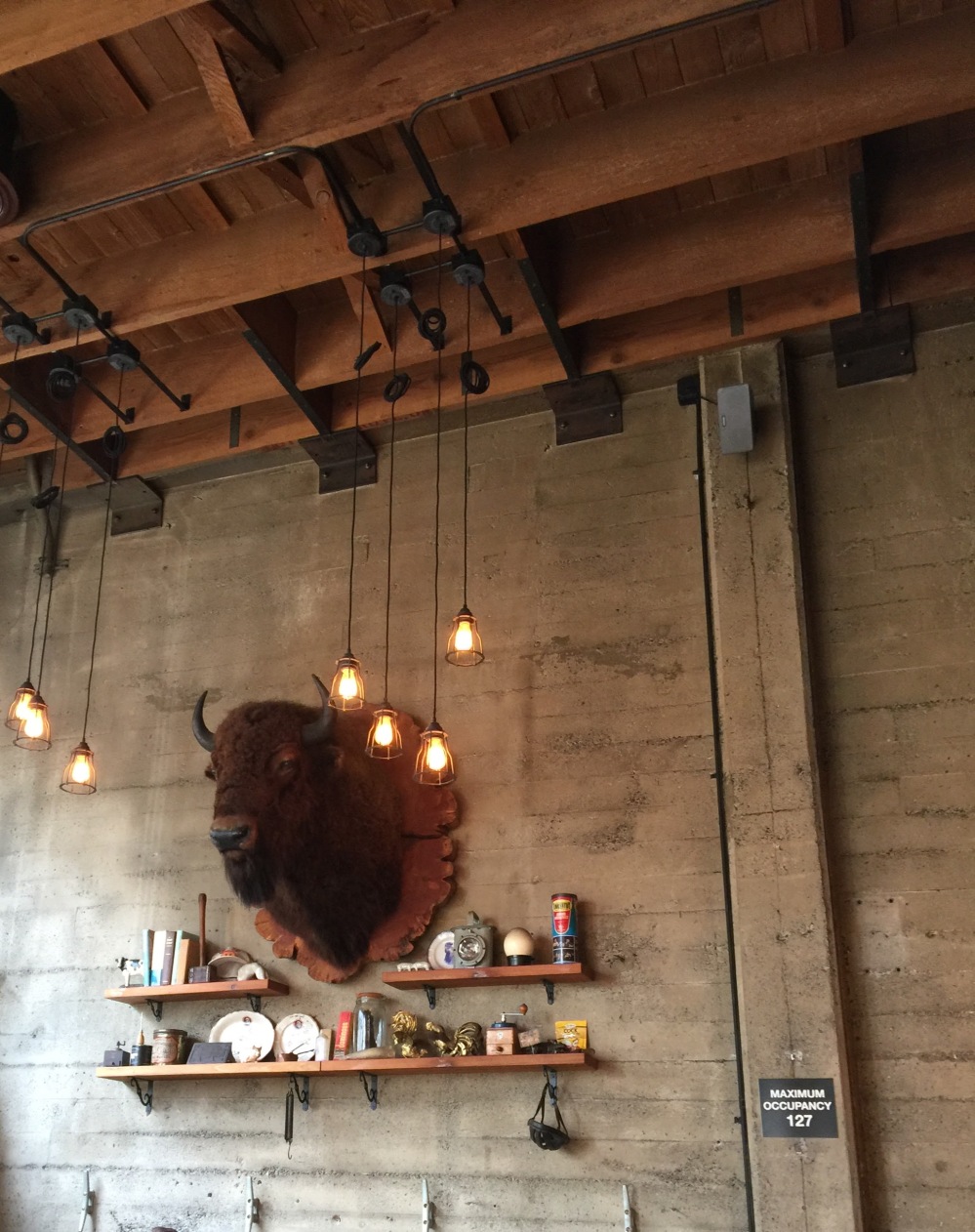 The cooking is made under my eyes. The raw meat really look like burger, same pale pink, same slightly pearly little beads.

Has the team tasted it? Of course. They even made tests with other recipes: bolognese, tacos … Why aren’t they à la carte? The waiter eludes the answer and puts the beast in front of me. Bluffing. I could not say, looking at it, that it is not a real burger.

Covered with cheese, with a mustard sauce, the flavors are strong and the whole is fatty … Like a normal Californian burger. And served with fried potatoes, obviously.

What gives this wheat burger its particular taste (and really, one could never say that it is a vegetable product), is leghemoglobin. Impossible Foods, the company that markets the Impossible Burger, explains on its website that it is heme that gives meats its characteristic taste. And that’s their main finding. Heme is a molecule present in red blood cells which allows to transport oxygen via a protein called hemoglobin. It is also present in the muscles, and when these muscles become steaks and are cooked, heme interacts with proteins and sugars and gives meat its specific flavor.

Leghmoglobin is the equivalent of hemoglobin in plants. Some, like soybeans, produce more than others. In the Impossible Burger, leghmoglobin is produced by a GMO yeast and accounts for less than 1% of the ingredients. The other ingredients are coconut oil (which is a very saturated oil, like beef fat… Even if the fatty acids that compose it are not the same), potato proteins and natural vegetable flavors. I wrote an article for the Cahiers de Nutrition et de Dietetique (a French peer-reviewed journal) that further develops nutritional aspects, which you can find here.

Throughout the meal, the chef, the helpers and the waiters come to ask me what I think. The Impossible Burger represents 80% of the dishes served !!! 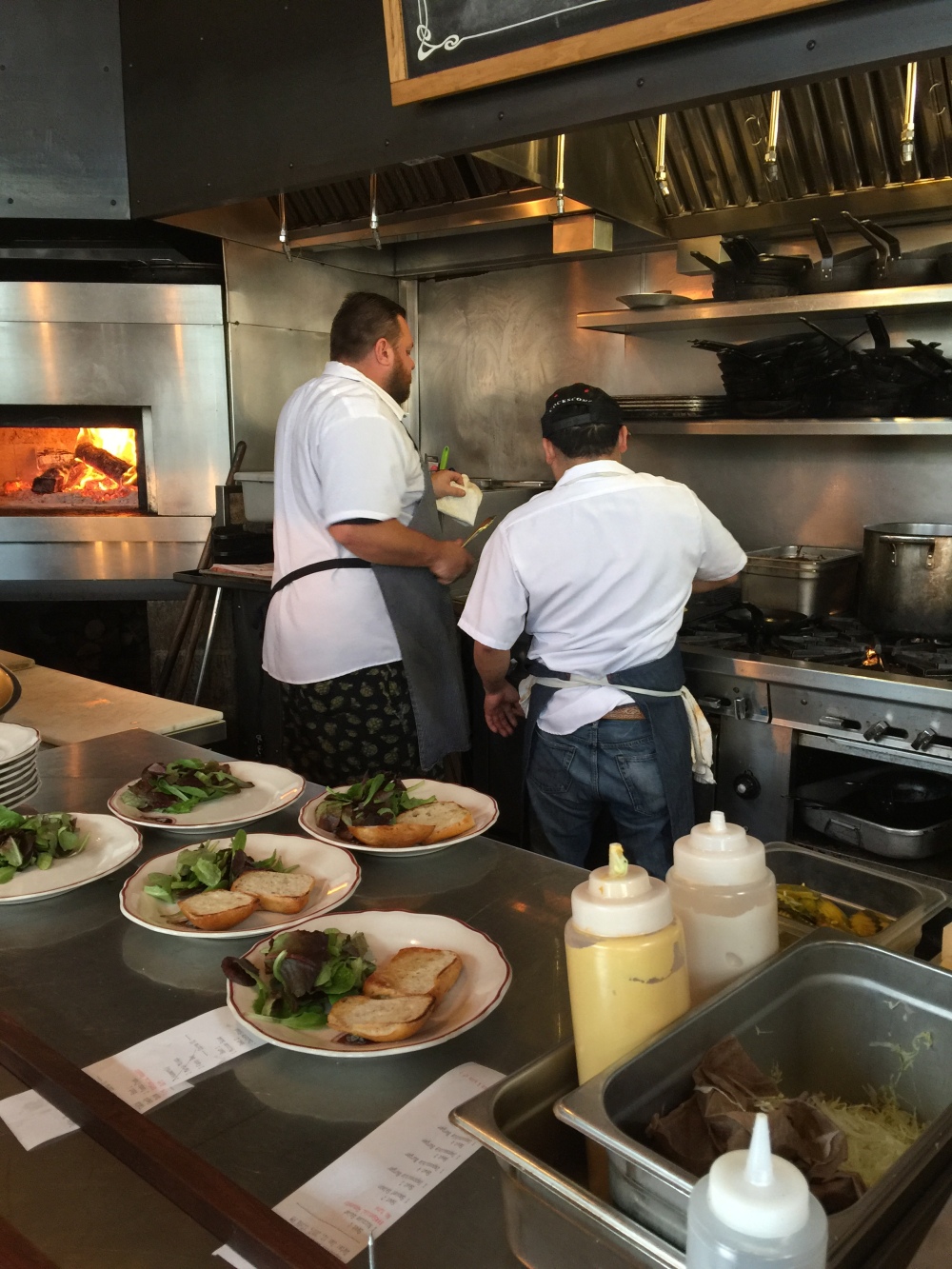 At the end, I am handed a small leaflet :

It’s a burger five years in the making. And to make it, Impossible Food examined every part of the burger experience, making sure the sight, sounds, smells, textures and most importantly flavors, make meat lovers rejoice.

Even better, because we use 0% animals, we can make it using 95% less land, 74% less water, and with 87% less greenhouse gas emissions. 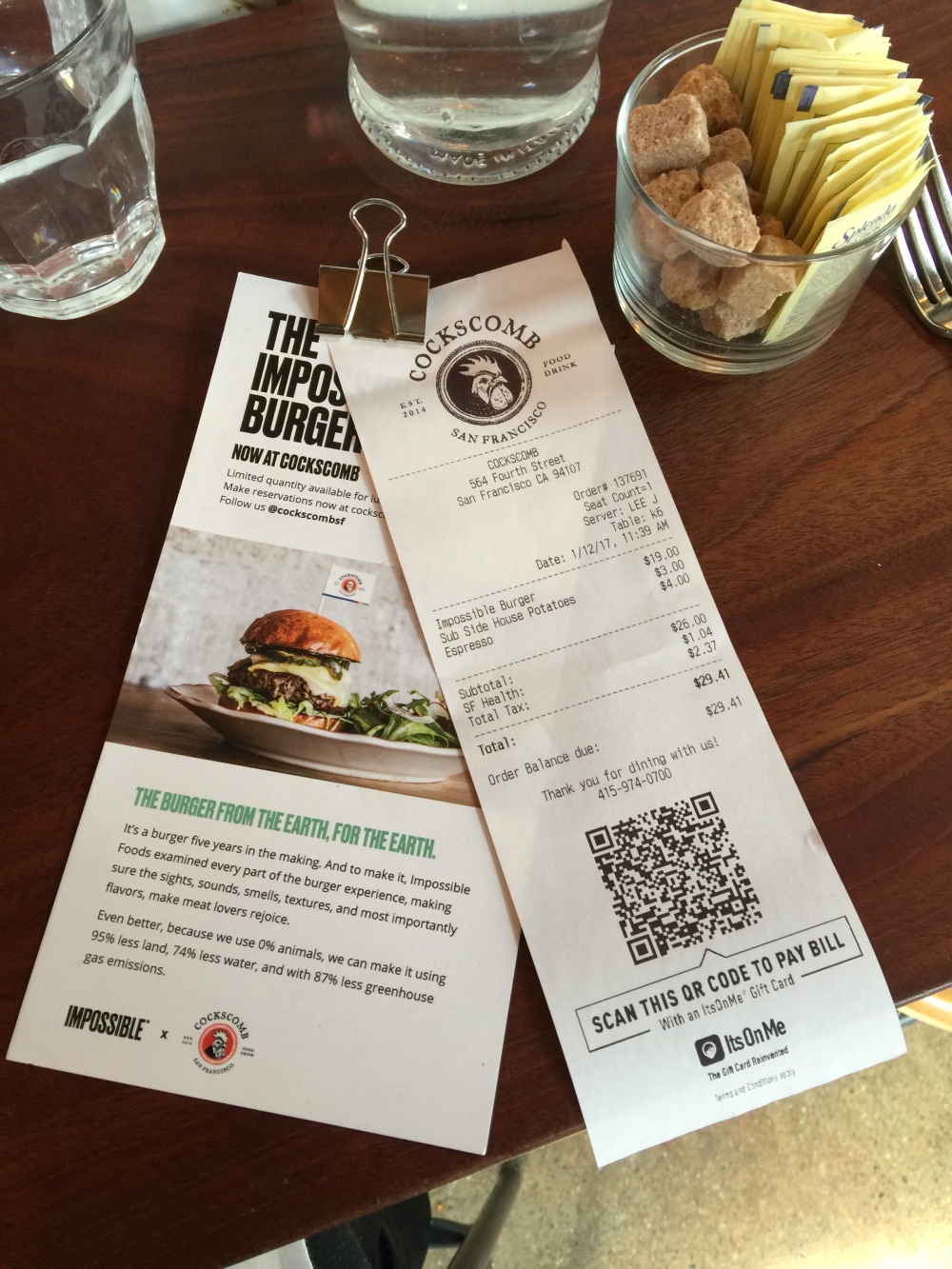 I would love them to do blind tests to evaluate the link with an animal product, with beef and also the evaluation of “industrial processing” (a question like “do you think this product is more / less / as much transformed as a burger? “, For example), because I can not trust my own judgment on this test, I had papillas and my brain so excited!

What is certain is that with this burger, the border between animal and vegetable flavors has become really blurry. If humanity can do without breeding, with all the suffering and pollution it implies, to make meat, no doubt we are entering a new era…

The impossible Burger is available in 4 restaurants in the United States: one in New York, one in Los Angeles and two in San Francisco. The company plans a hundred additional restaurants for 2017, but no international development yet… When is an Impossible Burger in Paris?

Cockscomb team (thank you so much for all your help!)